This printed article is located at http://investor.thaiunion.com/annual_review.html 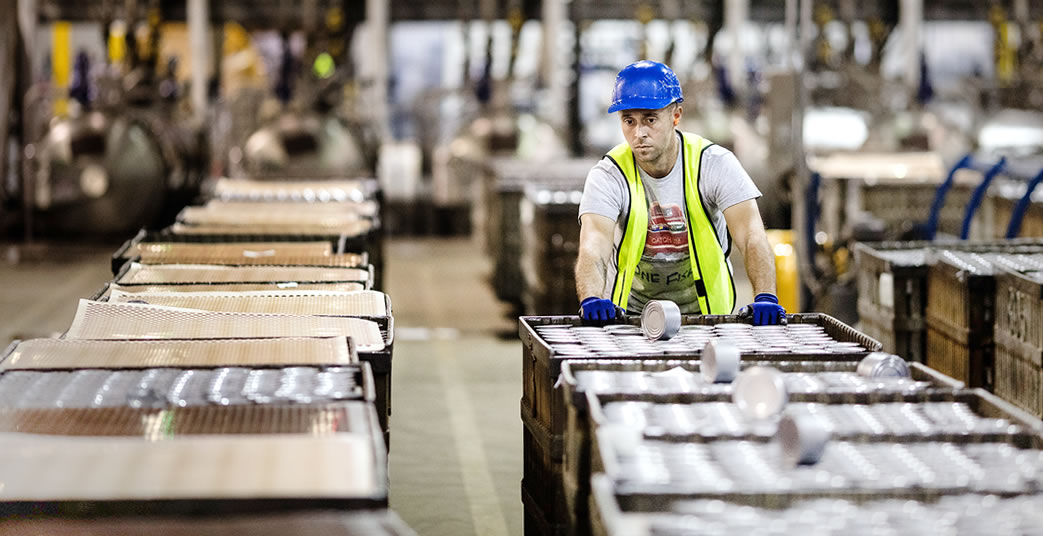 Thai Union reported a record gross profit levels during 2019. This strong improvement in core operations resulted in a gross profit margin of 15.9 percent, our highest level since 2011. We recorded solid net profit during the year. Even though we faced some challenges to our top line throughout 2019, mainly from falling raw material prices and the very strong Thai Baht appreciation against key trading currencies, Thai Union’s financial operations saw improvement, with operating profit increasing 20.8 percent compared to the previous year. The Company delivered a solid cash flow performance that led to an increased dividend payment by 17.5 percent and continued debt repayment to a 1.07 times Net Debt to Equity ratio.

Thai Union posted sales of THB 126.3 billion, a decline of 5.3 percent compared to the previous year. The Thai Baht appreciation against key trading currencies and the Company’s high exposure of overseas business activities affected Thai Union’s top line during 2019. In US Dollar terms, Thai Union’s 2019 sales were USD 4.1 billion, a decline by 1.2 percent from a year ago due mostly to falling raw material prices. However, overall sales volume increased 2.7 percent year-over-year thanks to growing frozen and chilled seafood and PetCare businesses.

Based on the financial statement, 2019 reported net profit was at THB 3.8 billion, which accounted for a net one-time, non-operating US legal-related settlement of THB 1,402 million during the second quarter of 2019. Reported profit improved 17.2 percent from 2018.

Thai Union’s free cash flow during 2019 was at THB 7.1 billion, thanks to strong EBITDA generation and tight control on working capital. The Company’s net interest-bearing debt fell THB 9.2 billion to THB 55.2 billion due partly to an issuance of perpetual debentures during the fourth quarter of 2019 and partly to continued debt repayment. Measures to reduce debt lowered our net debt-to-equity to 1.07 times at the end of 2019, down from 1.40 times at the end of 2018.

In 2019, the ambient seafood business saw a sales decline from the previous year although gross profit margin improved 19.4 percent, up from 16.9 percent during 2018, as a result of profitability improvement in the European ambient seafood business. The frozen, chilled and related seafood business saw sales decline by 0.7 percent from the previous year despite sales volume growth of 12.8 percent. This was as a result of Thai Baht appreciation against key trading currencies and a domestic shrimp price decline. We continued our strong growth focus on PetCare and value-added items, as seen in the segment’s revenue growth amidst unfavourable currency movements.

The ambient seafood business remained the largest sales contributor for Thai Union with 44 percent of 2019 total sales. Frozen, chilled seafood and related business accounted for 41 percent of total sales, up from 39 percent a year ago driven by shrimp and salmon volume growth. The segment’s sales volume improved from the previous year due to increased shrimp sales volume during the year. PetCare, value-added and others business segment contributed 15 percent of total sales, up from 14 percent in 2018.

During 2019, the United States market remained the Company’s largest market, contributing 40 percent of revenue. Thai Union’s European market contributed 28 percent of total sales. In Thailand, domestic sales accounted for 12 percent, improving from 11 percent a year earlier. Besides product price adjustments to reflect raw material prices, Thailand’s growth came from diversifying sales in the home market to offset weaker export markets from Thai Baht appreciation. There was additional contribution from our affiliate partner, Thammachart Seafood, as a result of increasing our investment in the Company in 2019. Japan was also an important market, with 5 percent of sales, while markets such as Africa and the rest of Asia made up the remaining 15 percent of Thai Union’s sales.

The following are key factors which contributed to the Company’s 2019 performance: 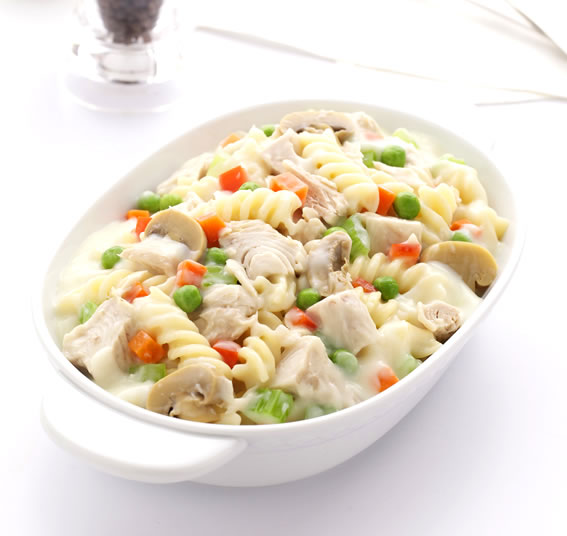 The ambient seafood business recorded sales of THB 55.2 billion, down 11.3 percent from THB 62.3 billion a year ago. In the year under review, average sales prices declined 4.8 percent as a result of low tuna price and volume sales declined to 335,924 tons, a 6.5 percent decrease 2018. This was largely due to price recovery in some branded products and lower export sales from Thailand due to a strong Baht. However, the gross profit margin of ambient seafood significantly improved from a year ago to 19.4 percent in 2019 thanks to improved profitability across the European ambient business.

On average, the skipjack price (WPO/Bangkok landing) during the year decreased 20.9 percent to USD 1,209 per metric ton from USD 1,530 per metric ton a year ago. 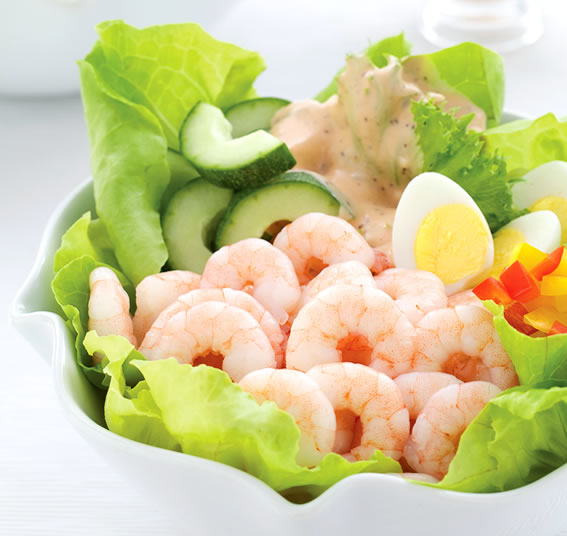 The shrimp price declined from a year ago, with 2019 average domestic shrimp price (60 pieces per kilogram) at THB 149 per kilogram, down 5.1 percent from 2018 levels. In 2019 the gross margin of frozen and chilled seafood and related business was 10.2 percent, up from 9.1 percent during 2018. As a significant Thai Baht appreciation against US Dollar during 2019 put pressure on the local export business’ profitability, the Company’s efforts to diversify sales into domestic and other overseas markets outside the United States and a keen focus on value-added products resulted in margin recovery throughout the year. Moreover, the lobster business profitability saw some recovery in 2019, due to higher production volume and price adjustment. 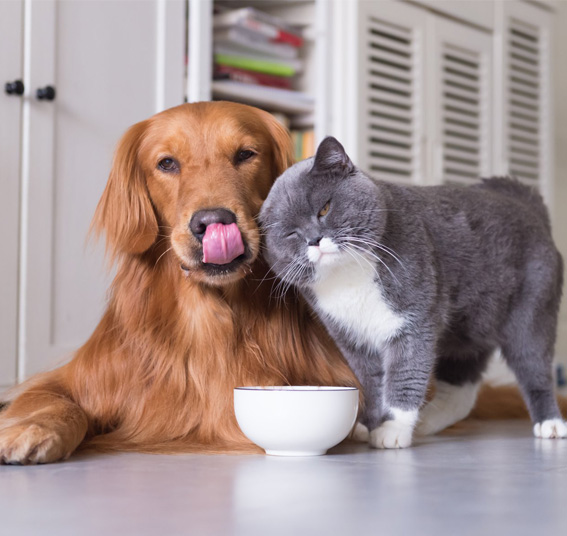 PETCARE, VALUE-ADDED AND OTHER BUSINESSES

PetCare, value-added and others business recorded sales of THB 18.6 billion, up 2.2 percent from the previous year, on the back of sales volumes increasing 3.2 percent over the same period. Moreover, the gross margin of PetCare, value-added and other businesses in 2019 improved to 22 percent, up from 20 percent during 2018 due to new product launches and product innovation initiatives. 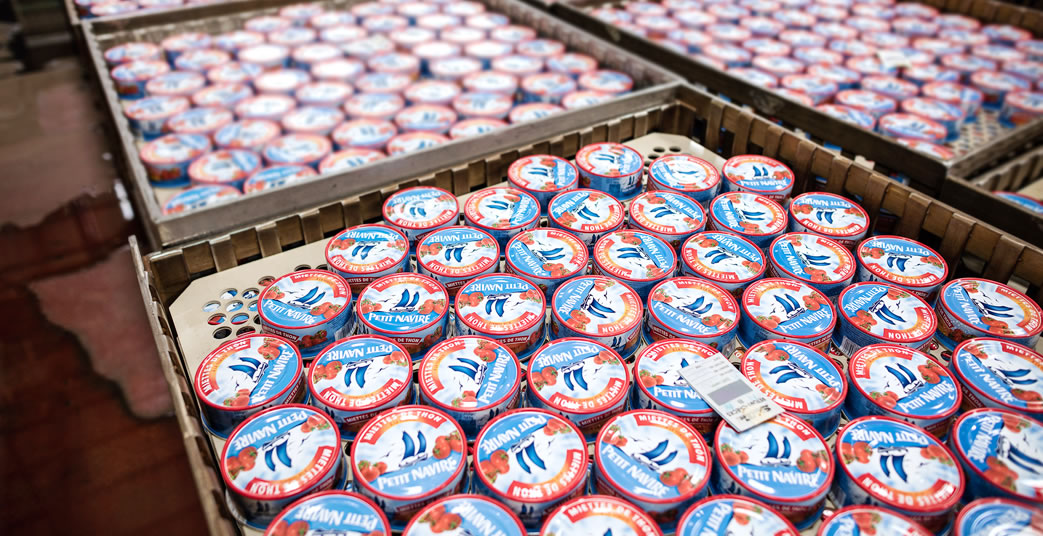 During 2019, we have carried out a few important investments as follows:

In 2020 and beyond, Thai Union’s vision is to be the world’s most trusted seafood leader, caring for our resources to nurture generations to come. We also seek to continue to deliver healthy and sustainably-sourced nutrition to our customers globally, creating sustainable value for our stakeholders and driven by three key pillars. These pillars are:

In 2020 and beyond, our total planned capital investment will be THB 4.9 billion as we continue to improve and streamline our existing operations in order to achieve stable long-term growth as well as carrying out capital expenditure related to new business divisions. Of note, our key investment items will be machinery and equipment, construction and improvements on buildings as well as investments into the new shrimp feed business in Indonesia. Due to the ongoing expansion of our existing business, general financial health should improve further as positive cash flows increase.

Domestic shrimp production remained at close-to-2018 levels with Thailand’s total output estimated at 300,000 tons, due to a lower domestic shrimp price and increased global supply from growing global shrimp production. Thai Union’s frozen and chilled seafood and related business continued to grow in term of volume sales, due to a focus on the domestic market, export market diversification and greater focus on higher margin value-added products.

Based on the financial statement, 2019 reported net profit was at THB 3.8 billion, which accounted for a one-time non-operating US legal-related settlement of THB 1,402 million during the second quarter of 2019. The reported profit improved 17.2 percent from 2018.

Ambient seafood sales contributed 44 percent during 2019, a decline of 47 percent in the previous year, due to both THB appreciation against key trading currencies and a lower tuna price. Thai Union’s frozen and chilled seafood and related business sales contribution increased to 41 percent, up from 39 percent in 2018, driven by shrimp and salmon volume growth. PetCare, value-added and others business segment contributed 15 percent of total sales, up from 14 percent in 2018.

The U.S. market remains Thai Union’s largest market with sales contribution of 40 percent of total sales, up from 38 percent during 2018. This was mainly due to growing frozen business sales despite USD depreciation against THB in 2019. Sales contribution from the European markets was at 28 percent, down from 31 percent in 2018, mainly as a result of the depreciation of EUR and GBP against THB during 2019. Thai market sales contribution improved to 12 percent, up from 11 percent a year ago, as the Company launched new products into our home market. However, Japanese market contributions were 5 percent, a slight decline from the previous year.

In 2019 our branded and private label sales mix remained stable at 41 percent and 59 percent, respectively. Our 2019 total branded sales decreased 4.9 percent year-over-year, as the majority of our branded sales are contributed from the U.S. and Europe, and are affected by Thai Baht appreciation against their respective currencies, despite branded volume sales continuing to grow 3.1 percent year-on-year. In the period under review, private label sales were down 5.5 percent year-over-year mainly due to a decline in key raw material prices amid sales volume growth of 1.1 percent year-on-year.

The ambient seafood business showed a gross margin improvement to 19.4 percent in 2019, compared to 16.9 percent a year ago. This strong profitability improvement was driven through efficiency enhancements in all our underlying businesses and new product launches. Product prices recovered in European markets, which prompted some volume decline from UK and France markets, alongside some improved margins for branded products.

The year saw a gross margin of our frozen and chilled seafood and related business of 10.2 percent, up from 9.1 percent during 2018. This was mainly attributable to a shift in portfolio to higher margin products, market diversification, solid growth in Thai Union Feedmill, and gross margin recovery in the salmon and lobster businesses.

The gross margin of PetCare, value-added and others business improved to 21.6 percent in 2019, on the back of sales value and volume increase of 2.2 percent and 3.2 percent year-on-year, respectively.

Our normalized SG&A to sales ratio during 2019 was at 11.5 percent, up from 10.7 percent a year ago. The increase in ratio was partly attributable to an increase in labor provision during the second quarter of 2019 and sales decline as a result of Thai Baht appreciation.

The 2019 operating profit of THB 5.6 billion, up 20.8 percent year-over-year, was driven by both overall operation improvement and prudent cost saving initiatives. EBITDA in 2019 reached a record THB 12.0 billion, driven by improved profitability and contribution from affiliates.

Other Income (including share of income from investment in associates)

During 2019, other income was at THB 1.6 billion, down from THB 2.0 billion in 2018. This was largely due to both an absence of the insurance claim that occurred during 2018 and a revaluation of investment in France. Interest income received from the Red Lobster investment in convertible preferred units was unchanged from the same period last year.

Normalized FX gains declined 44 percent year-over-year to THB 543 million during the year, partly as a result of hedged accounting practices adopted during early 2019.

In the year to 31 December 2019 normalized income tax expense increased to THB 614 million, from THB 189 million accrued in 2018. This increase was mainly contributable to an improved underlying operational performance during the period. 2019 effective tax rate was at 9.8 percent, versus 3.2 percent in 2018.

Net cash payments for investing activities were at THB 4.5 billion (from THB 3.4 billion during 2018), mainly from regular capital expenditure during 2019.